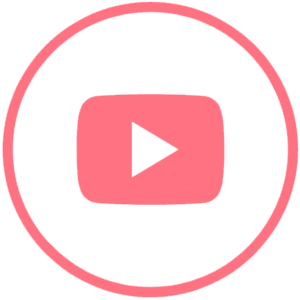 Pujya Bhuvanbhanu Surishwarji was instrumental in bringing about a revolution in Jainism during the early 20th century. His effective skills and sight, impactful words and acts shook the youth and brought their fast- paced worldly life to a momentary halt. A halt to think, reflect and contemplate upon where their current lifestyle was leading them....

Pujya Bhuvanbhanu Surishwarji had acquired the prestigious GDA degree (Government Diploma in Accounting, equivalent to the current Chartered Accountants degree in India) from London. On his return to India, he renounced the material world and accepted Jain monkhood.

Along with following the strict code of conduct of Jainism, he sunk into the endless ocean of Jain literature. Pujya Bhuvanbhanu Surishwarji was a renowned scholar of Prakrit, Sanskrit and Gujarati, and had mastered every aspect of Indian philosophy.

After years of in-depth study of Jain scriptures, Pujya Bhuvanbhanu Surishwarji could explain advanced concepts of philosophy in lucid language to the masses. His motivating and heart-rending sermons created a magical effect on people from all walks of life. In a short span of 5 years, as many as 35 youngsters from affluent families of Mumbai renounced the material world and accepted monkhood.

Using his knowledge, logic, intelligence and convincing power, Pujya Bhuvanbhanu Surishwarji was even successful in changing the thought process of a former Prime Minister of India on the subject of "Child Diksha".

Pujya Bhuvanbhanu Surishwarji invented the innovative concept of "Shibir" (youth camps). These camps played a pivotal role in increasing the faith of the younger generation in religion, thereby providing them with a progressively satisfied and happy life.

There are no appropriate words to describe the transformation brought about by this legend in the first decade of the 20th century. Looking at his life, we understand that he lived many lives in one. Pujya Bhuvanbhanu Surishwarji was not a jack of all trades but a master of all.

His unmatched ascetic legacy is now under the able leadership of Gacchādhipati Āchārya Shri Jayghośh Sūriswarji, who heads the world's largest and most reputed group of Jain monks.

The landmark book written by Pujya Bhuvanbhanu Surishwarji is "Amichand ni Amidrishti". English version of the said book is published by CROSSWORD which is being successfully selling in various CROSSWORD stores and on numerous online portals. A drama performed based on the said book has been instrumental in changing lives of many families.

Another rare creation by Pujya Bhuvanbhanu Surishwarji is "A Handbbok of Jainology", again printed by CROSSWORD. A masterpiece book which expounds the fundamental philosophical tenets of Jainism which is explained in a clear and simple manner in the book.

Due to lack of right knowledge, the whole youth is blindly enchanted by the glitter and sparkle of the materialistic world. Everyone is running in a blind rat race with their eyes prowling on money, fame and sensual pleasures. Only right knowledge would help our steer our life in the right direction. Just as light dispels darkness, right knowledge eliminates one's ignorance.

These Jain books are indeed bottles of life-saving drugs. Powerful to eject out the poison of delusion. In the words of current Gachchadhipati Param Pujya Acharya Shri Jayghosh Surishwarjee Maharaja "Pujya Gurudev Shri Bhuvanbhanu Surishwarjee Maharaja's books are like Aagams (the chief sacred scriptures) of today's era." So if you read books of Pujya Gurudev, it's like reading Aagams.